The meeting was titled Prosperous Ukraine – EU Partnership: Future Strategies, Trade and Investment. It was joined by Yuriy Lutsenko, Prosecutor-General of Ukraine, Maksym Nefyodov, First Deputy Minister of Economic Development and Trade, MEPs Dr. Klaus Buchner and Elmar Brok, Rolf Baron von Honenhau, President of the European Taxpayers Association, Eugene Yenin, Deputy Prosecutor-General, Mykola Tochytskiy, Ukraine’s Ambassador to the EU, Dr. Horst Heitz, Executive Director of the SME Europe and Vasyl Danyliv, Founder of the Ukrainian European Perspective.  The meeting was held prior to the forthcoming 20th EU-Ukraine Summit scheduled for July 9th. It served as a good opportunity to have a meaningful discussion on the challenges and opportunities Ukraine is facing.

In his opening remarks, Stepan Kubiv said that Ukraine’s economy is demonstrating positive trends despite the war waged by Russia in the Eastern Ukraine. “Signing DCFTA with the EU was the right choice. We are seeing 22% growth in foreign direct investment, 17% increase in export and the GDP growth in the first quarter of 2018 is at 3%. Ukraine needs an economic breakthrough. The key factors which will trigger it are investments into public-private partnerships, carrying on with the economic reforms, development of the agro and food sector, investment into IT and innovations, export growth and overhaul of the public administration,” – remarked Stepan Kubiv.

Cecilia Malmström welcomed the remarks of her Ukrainian counterpart and said: “Ukraine’s stability is important for the European security. I am pleased to see the positive impact of the EU-Ukraine Association Agreement. Now that 40% of the Ukrainian trade is with the EU and EU is now the major investor into the Ukrainian economy, I encourage Ukrainian companies to adopt the EU standards, which will enable them to export internationally and will make their products safer for the Ukrainian consumers. It is a win-win.” She said it was crucial for Ukraine to sustain the EU trust by promoting transparency and rule of law.  She emphasized that the EU is committed to supporting Ukraine.

Ukraine’s Prosecutor-General Yuriy Lutsenko joined the discussion and shared his accomplishments in curbing corruption. He also recognized the failures and demonstrated his commitment to facilitating the establishment of the anti-corruption court.

Prof. Dr. Klaus Buchner, MEP and member of the foreign affairs committee said: “I was really impressed by the Ukrainian people. I went to the military hospital when I visited Kyiv. I see the reforms taking shape. I believe it is important for Ukraine’s agriculture to stay GMO-free as it will create more opportunities for their export to China. Also, Ukrainian companies should take advantage of the used coal-mining equipment in the EU, which can be bought cheaply and used for a purpose in Ukraine.”

“Ukrainian government realizes that structural problems which remain, however we are focusing now on the privatization of the state-owned enterprises, land market reform, deregulation and improvement of the business climate. Financial Times has recently recognized Ukraine’s economy as the top performer of all the former Soviet states since 2010,” – stressed Maksym Nefyodov, first deputy Minister of Economic Development and Trade.

The breakfast meeting was preceded by a productive evening discussion which featured Yuriy Lutsenko and Maksym Nefyodov and was hosted by the Konrad Adenauer Foundation in Brussels. The event gathered over 60 people and included EU policy makers, think tanks, business and media.

“Ukraine is fighting three battles. Battle with Putin. Battle with corruption and battle for responsible citizens,” said Lutsenko in the opening remarks. “My office has managed to trace and recover 1.5 billion USD stolen by the Yanukovych regime, which is still a fraction of the 40 billion USD which is estimated to have been embezzled. We got rid of the private cash houses used in the tax evasion schemes, facilitated the return of competition to the gas and oil trade market, cleaned up the banking sector,” he added. The chief prosecutor-general mentioned that closer cooperation among the law enforcement agencies was needed for more efficiency in curbing corruption.

Maksym Nefyodov briefed the audience on the tangible results of the Ukrainian government. “Ukraine has moved up 20 positions in the recently published World Bank’s Ease of Doing Business Index. We introduced an effective tax system, relaxed the regime on the VAT for the imported equipment (it can be paid during the period of three years) and opened the market for competition. We are proud that our government procurement system Prozzoro has won many awards and is now bought and introduced by other countries. My priority now is big privatization,” remarked the first deputy Minister of Economic Development and Trade.

“I am very pleased that the events that Ukrainian European Perspective has been organizing in Brussels and Ukraine are contributing to better EU-Ukraine relations. I am very thankful to our partners, namely the Konrad Adenauer Foundation, SME Europe and SME Connect, and the European Taxpayers Association for working with us on productive events and discussions in Brussels,” concluded Marianna Danyliv, Executive Director of the UEP.

Written by Vasyl Myroshnychenko, Director of Public Relations of the project “Europe in Ukraine” 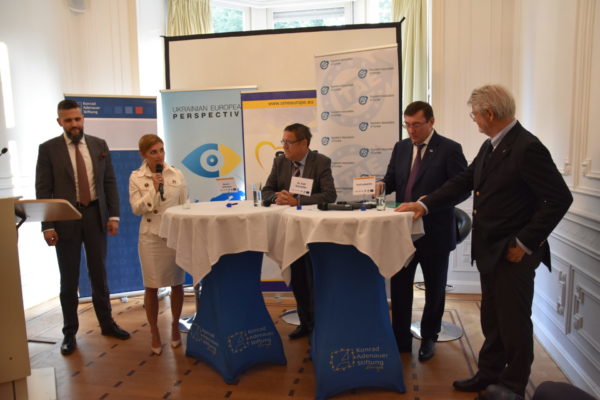 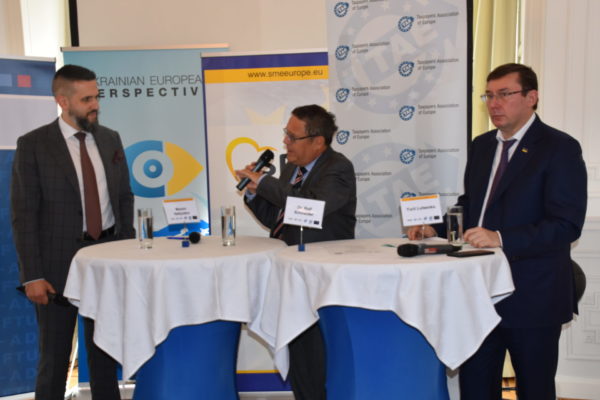 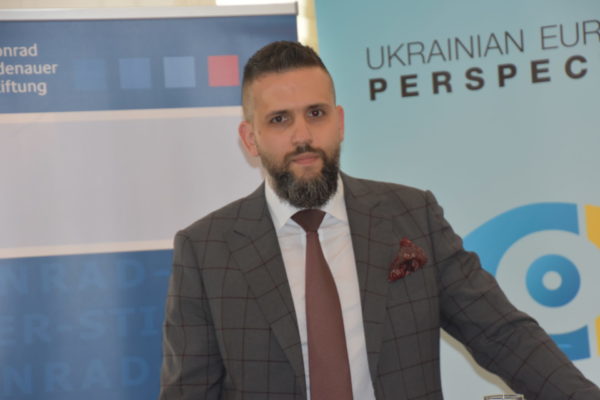 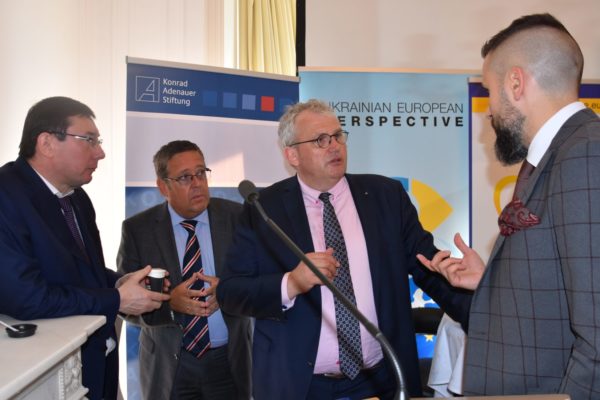 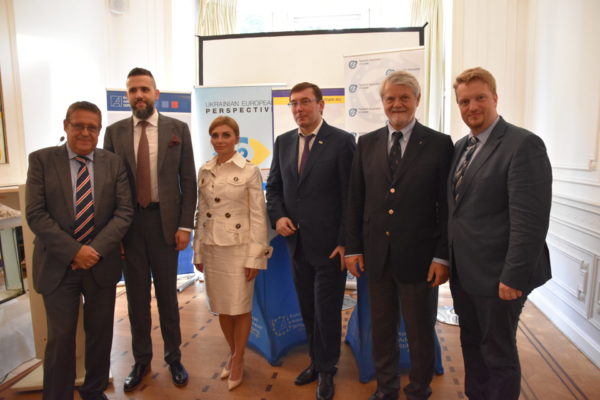 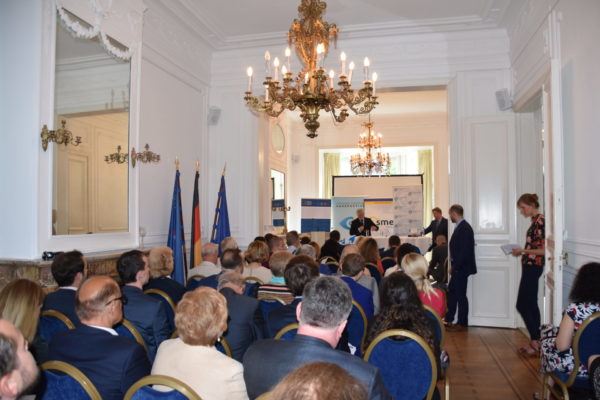 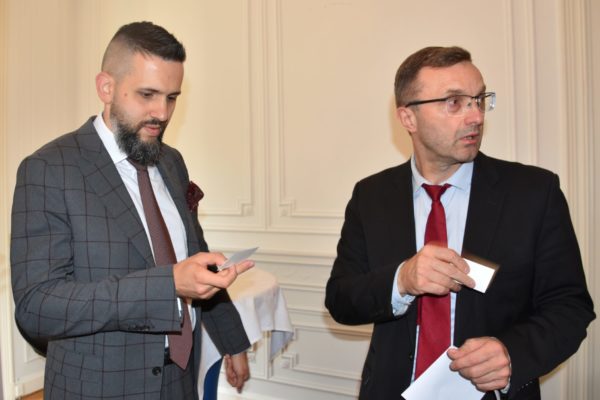 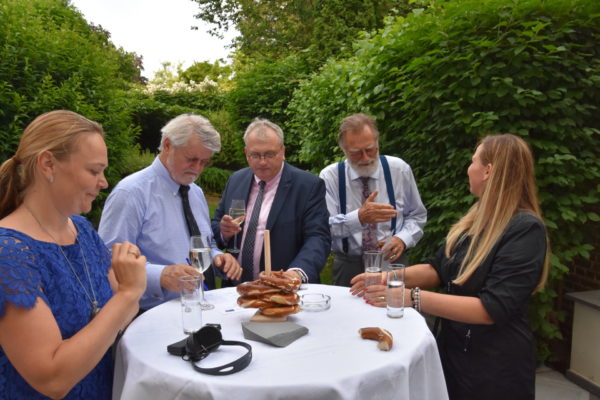 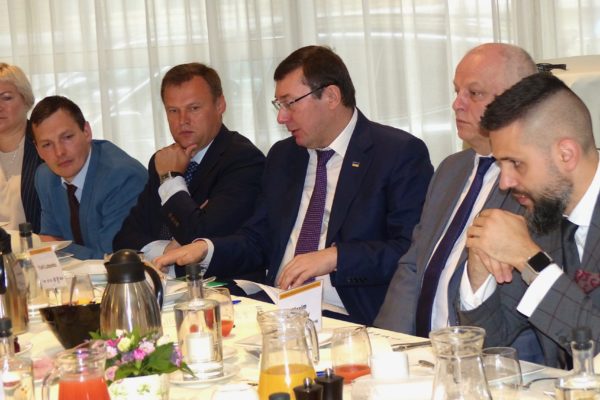 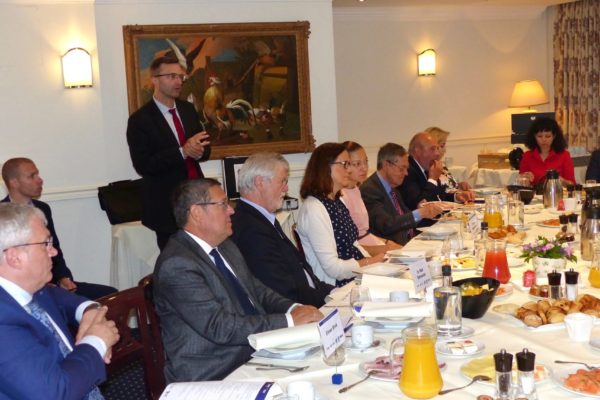 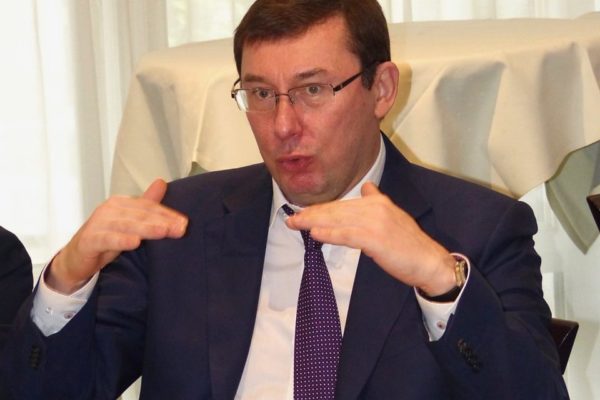 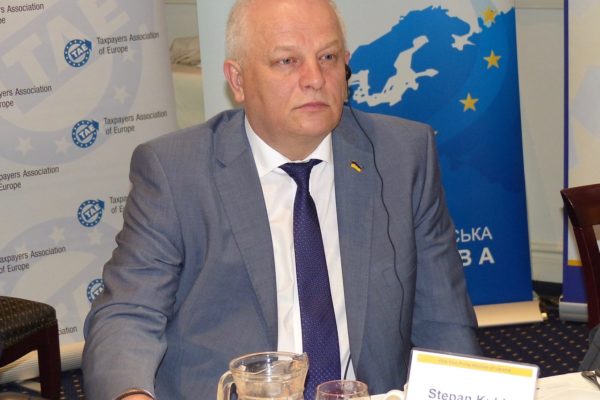 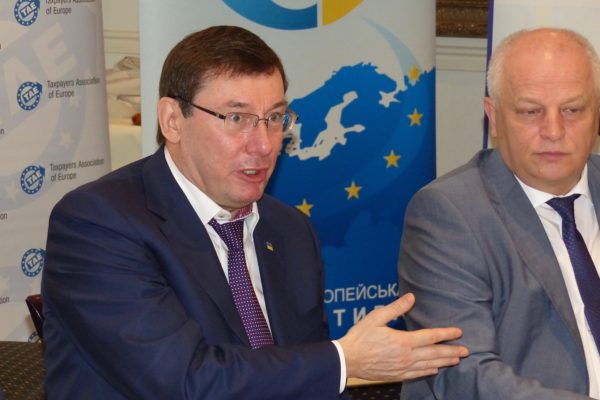 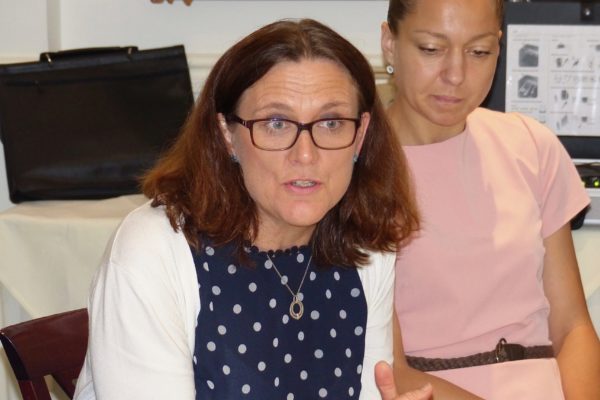 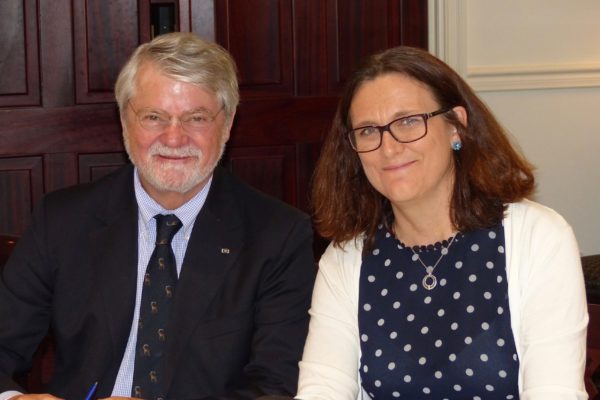 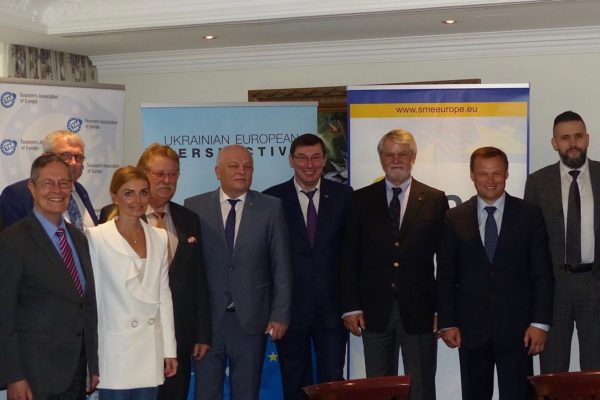