Help for children of heroes 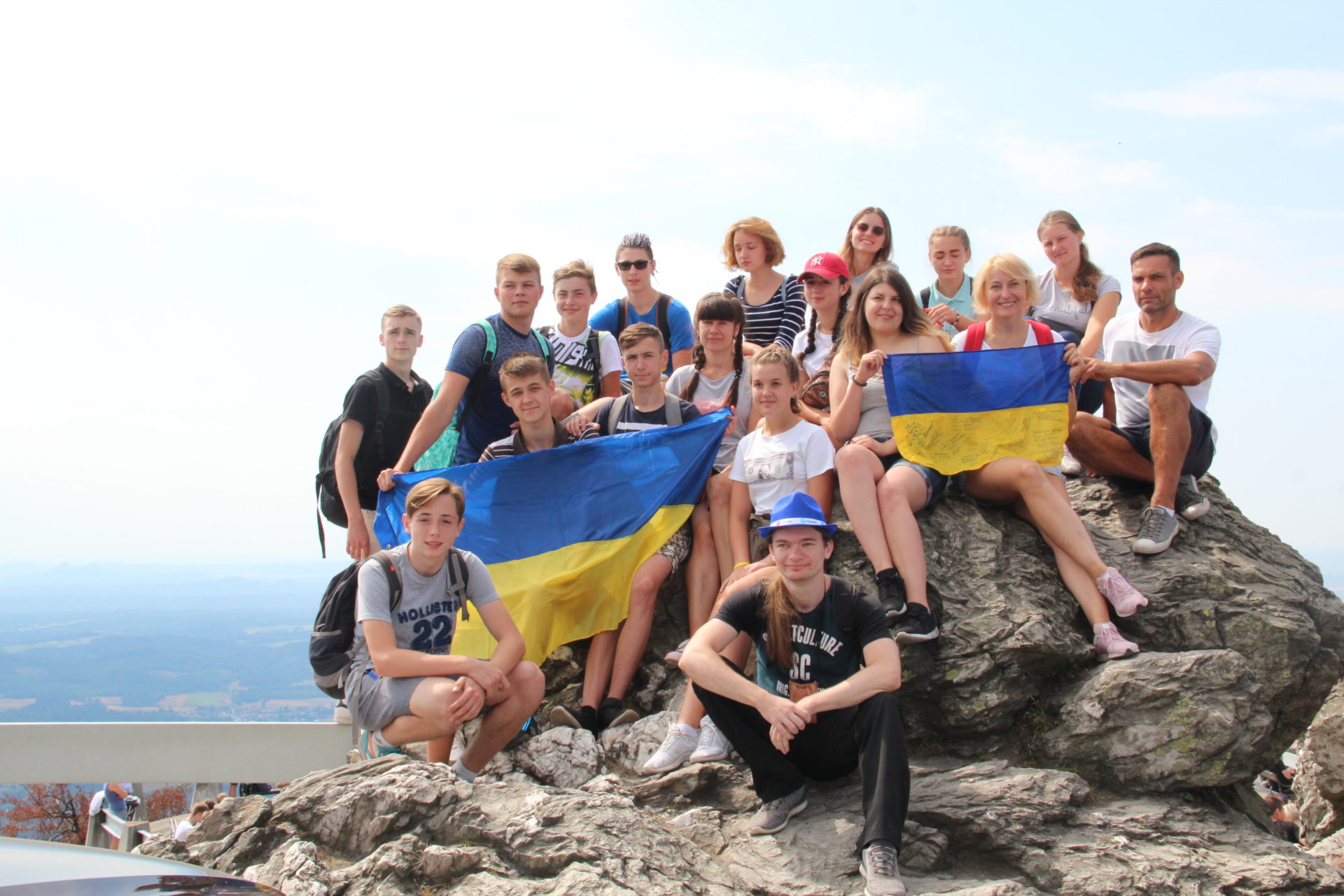 This year our already traditional project „Czech holidays for children from Ukraine“ has happened again. It is a camp for the children of the soldiers, deceased and wounded in the war in Donbass? and this one was our fifth camp. However, this year it was different from the ones before, it was of a different format.

Firstly, it was full of activity and sports, and even to some extend a scout camp. We lived in the area of town Kolín, in the Volárna village, basically in the forest, in the wooden houses. And from time to time we slept open-air. We have truly appreciated good sleeping pads and warm sleeping bags. Girls learned to do their hair in the light of street lamps and moonlight. We woke up every morning and went for a run and exercised, we prepared breakfast together and took turns to clean. We sorted garbage and did our best to optimally organize our everyday life – because we were responsible for the beautiful and fragile environment, that had become our home for a week. We prepared dinners on hearth, sang many songs sitting by the fire, enjoyed fresh air so much!

Secondly, campers were older this time – aged 14 – 17. Therefore their friendships, talks and responsibilities were different this year. We still call them “children”, even though we realize – it is not exactly so. They are teenagers, even grown-ups sometimes. Each one of them has own story, own priorities and own ambitions regarding future.

For the “grown-up children” we have prepared a very rich program full of sports and different activities, new experiences and acquaintances.

Upon arrival to camp we went straight to the aquapark in Kolín, next day tried riding kick-scooters and rafting in Bohemian Paradise, and the day after – came up to the mountain peak Ještěd and visited science center iQLandia in Liberec. We also went to Pardubice for paddleboarding and played bowling after, went kart racing in Kutná Hora, played lasertag in Prague. We also went to the farm Old Kolín, where typical farm animals live together with some exotic ones – had a walk there and rode horses.

To activities like that we added some sightseeing and went to see new cities: Kolín, Kutná Hora and Prague. We visited the head of Kolín, went down to the 14th century silver mine in Kutná Hora, walked down the famous Charles Bridge. We saw Kolín town hall, Saint Barbara’s Church, Saint Vitus Cathedral.

Camp also warmly welcomed guests. Ambassador of Ukraine to the Czech Republic Jevhen Perebyjnis together with representatives of the diplomatic corps visited camp for setting up the flagpoles and raising up Ukrainian and Czech flags. The head of Kolín – Vít Rakušan – and of the village Volárna – Oldřich Kohoutek – visited camp for one of the breakfasts to talk to children and volunteers. And later we also had Czech scouts coming – and that was an amazing day! Team activities, table tennis and football and hockey, swimming in the lake and playing football, shooting the bow, singing songs and talking: about scouting, about Ukraine and Czech Republic, and actually, about everything. It was interesting, that language barrier did not become a big issue. Of course, volunteers had to translate, especially in the beginning. But later on it just all worked out quite well – due to the “sign language” of a kind and similarities of Ukrainian and Czech languages.

On the whole, Czech holidays 2018 have become very special to us. It has been a big step towards creating our own center for “Ukrainian culture” here, in Czech Republic. This year we have not only created camp, but a center where we would be able to invite children on a regular basis, that could become a second home for them. We believe in this and we wish for it with all our hearts!